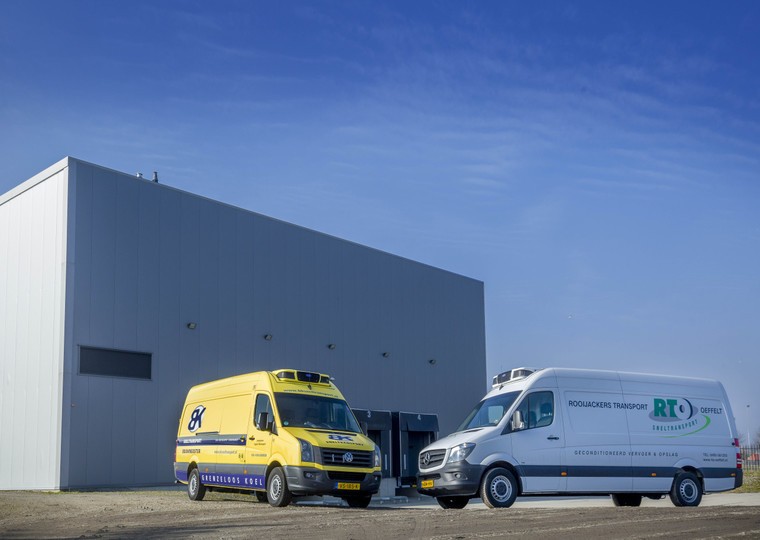 BK Sneltransport BV - part of BK Logistics Group - branch RTO Rooijackers BV in Boxmeer was acquired on 15 March last. BK Sneltransport BV operates both nationally and internationally with 100 cars, 150 employees and branches in Veghel, Nieuwegein, Boxmeer and Amsterdam (Schiphol).
BK Logistics Group is a specialist and pioneer in the field of internationally conditioned transport and pharmaceutical transport. With the acquisition of RTO Rooijackers BV, BK immediately has a state-of-the-art distribution center ('pharma warehouse') at the Health Campus in Boxmeer. With this takeover and the short-term expansion of the distribution center in Boxmeer, BK Logistics Group is expanding its pharma branch under the name BK Pharma Logistics. The current management of RTO remains connected to the company; Peter Rooijackers will also strengthen the management team of BK Pharma Logistics.
The transport activities of RTO are being continued. With the acquisition and an expected autonomous growth of 15-20% in the coming years, 40 jobs will be created in the short term, especially for drivers. According to Paul Bouwmeester, CEO of BK Logistics Group, the acquisition of RTO to BK offers the ideal opportunity to further expand its services. In the area of ​​storage, distribution and conditioned transport in general and for the pharmaceutical industry in particular, BK will undergo a major expansion.